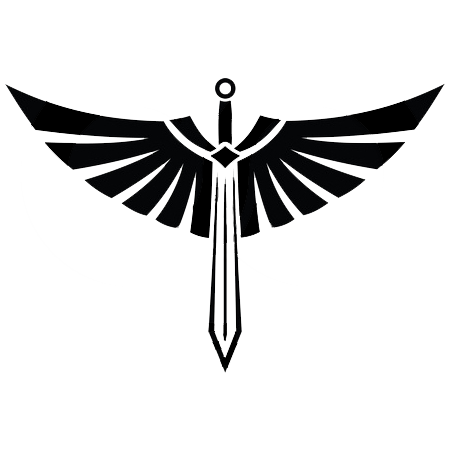 Welcome! come on right in

grab a seat, get comfortable

For this new tale I tell

will make you shiver and quell

now, later, right to the end!

The hero, the protagonist

An eternal being, an angel of sorts

dancing between heaven, earth and other dots!

A ruler he isn’t, a protector much more

sitting between the clouds on his throne

annointed with wings, far and wide

spread them he does when in full flight!

Beauty is his in all its forms

They gave him a gift at his birth

The gods up above, from another universe

His gift was metals

Produce it from his being, his hands within

Liquid transforming into his desired weapon

Be it a whip, sword or spear with its edge sharpened!

From Poseidon, travel did he

in search of a land to call his,

and then he saw earth

flew he right in, for this was his sort.

He sensed his fate lay here

as soon as he stepped a foot on earth’s layer

Emotions and sentiments came flooding in

he saw her hidden, deep in the shadows

His dream, his vision hailed him to her

Find her was his ultimate destiny and procure!

The way would not be easy

lined with death and things queasy

For his love, she belonged to “Eshom”

Another eternal soul from heaven

living on earth, bound to the dirt

corrupting humans with his wealth and sport

For he sought and yearned for fresh blood to slaughter,

Adrenaline in his veins burned by desire

to kill, slice, avenge and despise.

Our story is long

encounters many will come

for Hadiss and Eshom, our antagonist!

Unfortunately find we amidst

Perla was her name, like a single pearl in a flame!

Come back next time

to hear the story of all time

and his search for his true love vector!

Chriselda, a multi-genre, prolific author and speaker, with a background in Business Administration and Chemistry/Microbiology lives in Belgium. She also hosts the Podcast – The 3 Pillars and is the creator of ART-IS-IN, The Dig and her blog 'chriselda.blog' Having traveled the world extensively, as an Inflight Safety Training Instructor, she has worked in the Aviation industry for nearly two decades. Always with a touch of artistic creativity along with being an ex-professional modern jazz dancer, she loves music and is passionate about writing! She speaks 5 languages & writes poetry, stories and quotes. She has published more than 50 books, from which over 15 belong to her 'Colouring Books For Adults' Series! Her writing covers fiction and non-fiction, with the likes of poetry, horror, thriller, romance, supernatural, children’s illustration, but she enjoys telling a story in narrative poetry the most! Currently she has a lot of things going on; launching her healing jewelry collection - 'Hand Made by Chriselda B', airing her podcast, interviewing artists, producing her tutorial series, creating more colouring books, not only for adults but also for children and she is working on her Self-help/Image-Building Book, that she had first started on her blog: ‘chriselda.blog’ Being a qualified Life Coach and Motivational Speaker, she also practices NLP and Mindfulness. Aiming to share her knowledge and experience, she is a speaker on many topics ranging from Creative Writing, Personal Development, Aerotoxic Syndrome to Aviation Safety and Self-Publishing. She is a certified Holistic Counsellor & a Reiki & Aura and Chakra Healer. Find her paperback books on Amazon worldwide & Blurb. Digitally her eBooks can be found at Kindle, B&N, iTunes, Tolino, Kobo, Scribd, Playster, Overdrive, 24Symbols, Bibliotheca, Angus & Robertson, Indigo, Fnac, Bol, Walmart...

Welcome to "The 3 Pillars" Podcast The host Chriselda, is a prolific, multi-genre author of over 20 books, a motivational speaker and an Ex-Aviation Safety Training Instructor, with over 2 decades of experience in the field of Aviation Safety. She will be interviewing expert guest speakers on topics centered on "The 3 Pillars" : Pillar 1 - Aviation Pillar 2 - Self-help Pillar 3 - Writing Different aspects varying from creative writing techniques, aerotoxic syndrome, image building, alternate health remedies, to self-publishing and much more will be discussed on the show. Series 1 was focused on aviation and aerotoxic syndrome. Series 2 is currently being aired and is focused on writing. The next - Series 3 will focus on self-help. Join Chriselda and her guests as she helps share important information in a casual, fun and relaxed sphere!