So while researching for my ‘Learn To Write’ language learning Series and learning Hebrew, here are some of the most  interesting finds I discovered:

1)  It is related to Arabic and Aramaic — and originally had no vowels (actually still doesn’t!). It does however have a system of dots and dashes called ‘Nikud/Niqqud’. These help with pronunciation, but what makes it even more mysterious is that these are seldom used in the written alphabet, so you have to guess the pronunciation depending on the context of the sentence [and we all love challenges :)].

2) The Alphabet is called the Aleph-Bet and has 22 Letters (the first two are Aleph-Bet).

3)  Hebrew is read and written from right to left.

4) There is a way to represent a letter in Block – Manual Print and Hand written – Cursive. Oh…and another (kind of similar) way in Book Print! Some letters are also written differently when they are the last letter of the word.

5) It dates back to the Second Millennium BCE

6) Because it is the language of sacred texts, Hebrew itself was often considered sacred. In post-biblical times, it was referred to as lashon ha-kodesh, the holy language. Hebrew was often thought to be the language of the angels, and indeed, of God.

7) 72 names of God – In the story of the exodus, three consecutive verses describe God’s power as manifest just before he split the Sea of Reeds. In Hebrew, these three verses each contain 72 letters and they can be aligned in parallel, forming 72 triplets of letters. The 72 triplets become 72 “names” of God…all to manifest ultimate goodness and glory! But that will be defined further in my next book :)! 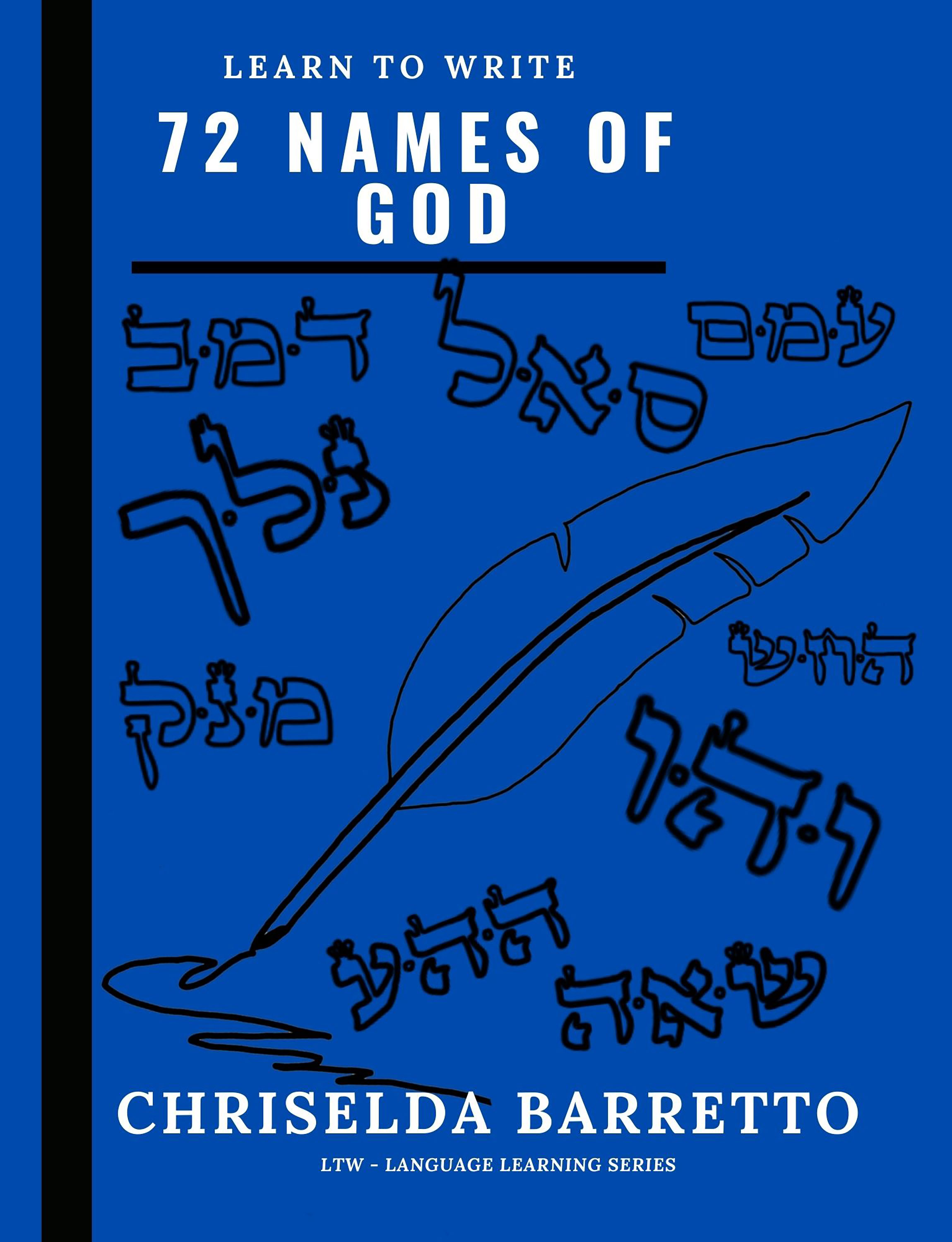 Intrigued? Well, start with the basics by learning to write the letters with good intention. 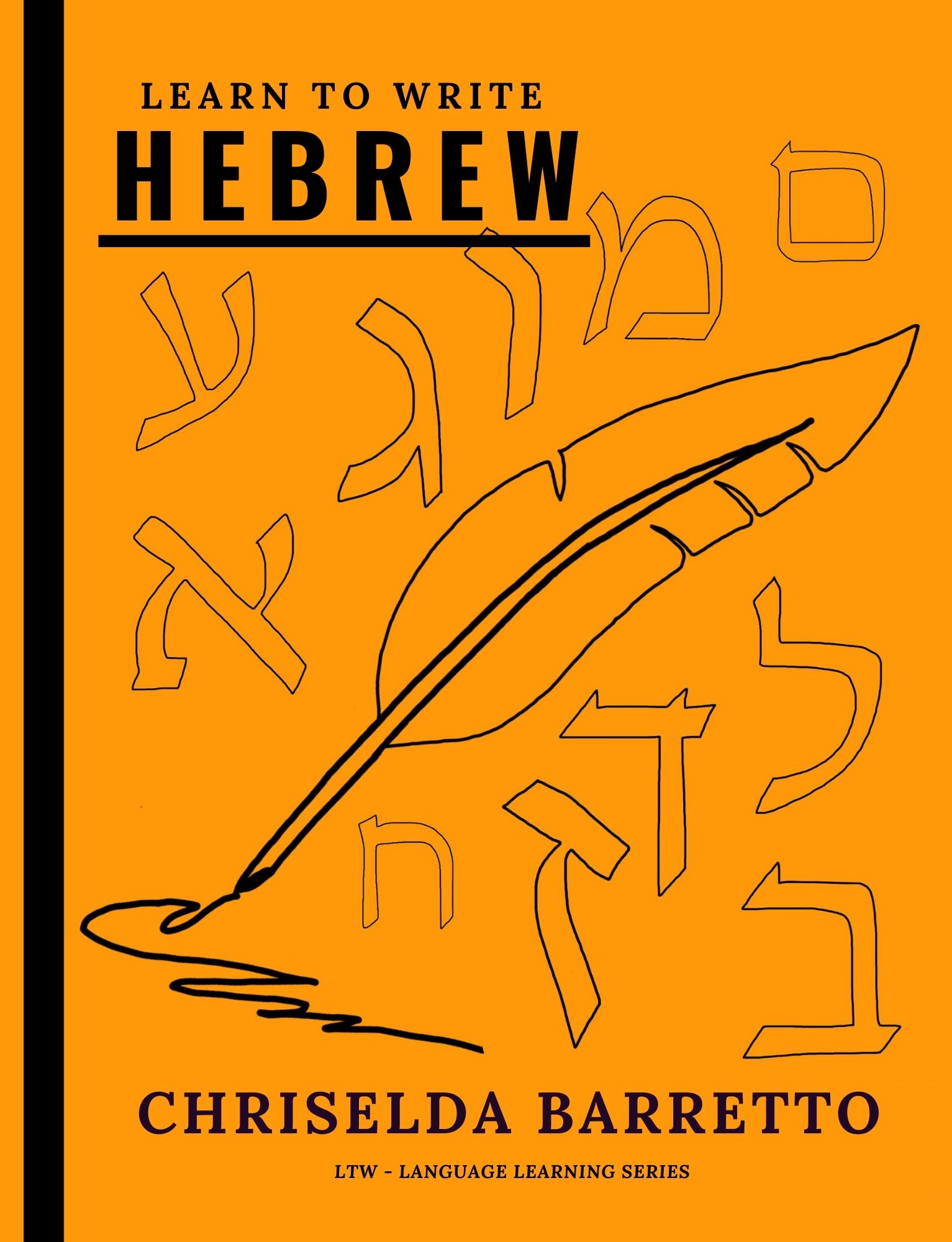 Have fun and manifest your own growth!

Chriselda is a multi-genre, prolific author, designer and healer, with a background in Business Administration and Chemistry/Microbiology. She also hosts the Podcast – The 3 Pillars and is the creator of ChriseldaB Digital Art, HandMade By ChriseldaB, ART-IS-IN, LTW Language Learning Book Series and her blog ‘chriselda.blog’. Having traveled the world extensively, as an Inflight Safety Training Instructor, she has worked in the Aviation industry for nearly two decades. Always with a touch of artistic creativity along with being an ex-professional modern jazz dancer, she loves music and is passionate about writing! Being multi-lingual, she has a fascination for languages and has published over 100 books, her latest being: Detox Declutter Heal — A Self-Healing Meditation Journal. Her writing covers fiction and non-fiction, with the likes of poetry, horror, thriller, romance, supernatural, children’s illustration, but she enjoys telling a story in narrative poetry the most! Currently she has a lot of things going on; launching her clothing line & her healing jewelry collection – ‘Hand Made by Chriselda B’, airing her podcast, interviewing artists, producing her tutorial series, and creating more books; language learning, kids and other notebooks. Being a qualified Life Coach and Motivational Speaker, she also practices NLP and Mindfulness. Aiming to share her knowledge and experience, she is a speaker on many topics ranging from Creative Writing, Personal Development, Aerotoxic Syndrome to Aviation Safety and Self-Publishing. Along with being a Zumba and Yoga Instructor, Chriselda also is a Holistic Counsellor & a Reiki & Aura – Chakra Healer. Find her hardcover/paperback books on Amazon worldwide & Blurb. Digitally her eBooks can be found at Kindle, B&N, iTunes, Tolino, Kobo, Scribd, Playster, Overdrive, 24Symbols, Bibliotheca, Angus & Robertson, Indigo, Fnac, Bol, Walmart...